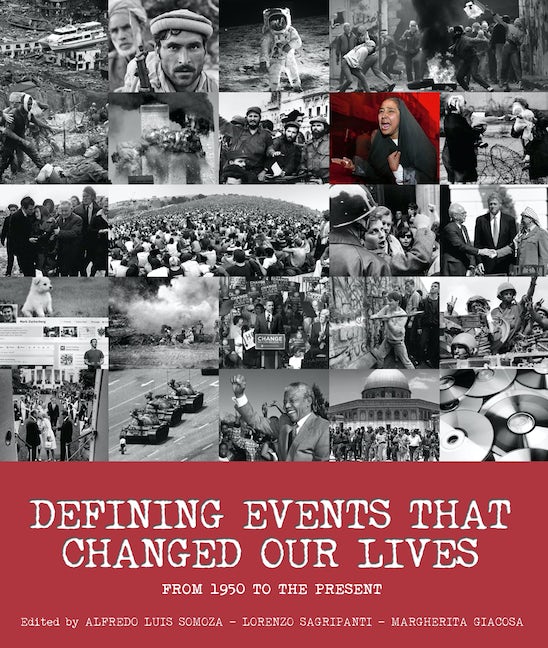 Defining Events That Changed Our Lives

Defining Events That Changed Our Lives

From the Korean War to Brexit, relive some of the most world-changing, life-altering developments from 1950 to today.

A single event can change the world forever—and this intriguing, richly photographed volume looks at some of the most significant political, social, and technological milestones from the mid-twentieth century on. Beginning in 1950 with Korea and the advent of the Cold War, it covers everything from the Cuban Revolution, moon landing, and 1960s student protests, to the Yom Kippur War, Watergate, Chernobyl, and end of the Berlin Wall, to 9/11, Apple’s introduction of the iPhone, the killing of Osama bin Laden, and the fall of Raqqa, capital of the Islamic caliphate.

Alfredo Luis Somoza is a journalist and anthropologist who has written on international politics. He has worked with Radio Popolare, Radio Vaticana, Radio Svizzera ltaliana, and Radio Capodistria, and is the director of the online magazine dialoghi.info and of the web-radio Young Radio. Somoza is the president of the Institute for International Economic Cooperation in Milan and was one of the founders of the Italian Association of Responsible Tourism (AITR). He teaches master's courses in various universities and blogs for the Huffington Post.

Margherita Giacosa is a freelance editor from Milan who has collaborated with several publishing houses. She has edited the Italian and French version of Serial Killer and the French edition of Films - Silence! Moteur! Action!